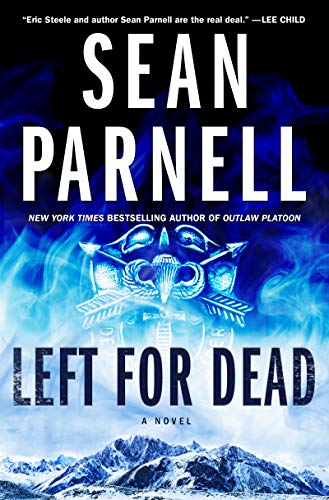 In bestseller Parnell’s explosive fourth Eric Steele novel (after 2020’s One True Patriot), Ai Liang, the director of a secret Chinese biological warfare laboratory, has developed a coronavirus variant, Gantu-62, that can kill a person within minutes. Stricken by conscience, Liang plans to destroy the Gantu-62 stock, but before she can do so, the Swords of Qing, a dissident paramilitary group aiming to overthrow the Chinese government, attack the facility. Liang barely escapes with her life, and the deadly viral weapon falls into the hands of the group’s mad leader, who considers himself the hereditary rightful emperor of China. Meanwhile, special operative Eric Steele, who has returned from an unapproved mission in Russia to avenge a comrade’s death, is surprised to find himself not clapped in irons but tasked with reviving the Program, a disbanded special operations unit, to counter a Chinese government plot to attack the U.S. The mission winds up with his confronting the Swords of Qing. Combat veteran Parnell expertly balances tense, believable action with poignant quiet moments. This superior entry will gratify series fans and ensnare new readers. Agent: Dan Conaway, Writers House. (Sept.)
close
Details

Those Who Perish
Those Who Perish
Emma Viskic
In Viskic’s superb fourth mystery featuring deaf Australian PI Caleb Zelic (after 2019’s Darkness for Light), Zelic has pulled his life together after multiple traumas, Continue reading »
chevron_right