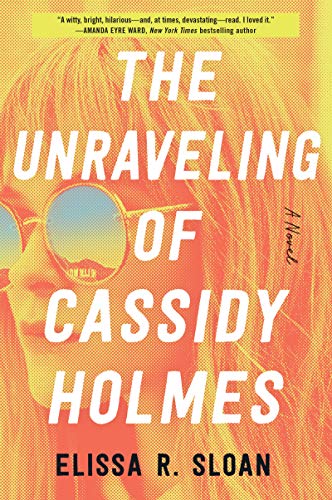 The Unraveling of Cassidy Holmes

Sloan takes on the fraught topic of mental illness coupled with the pressure of fame in her sensational debut. As three members of a fading pop group are doing a London radio interview, they learn that their fourth member, Cassidy Holmes, who left the group in 2002 after they rose to international stardom, has committed suicide in Los Angeles. Sloan then flashes back to 1999, with Cassidy coming in second on a singing competition show. Cassidy is then tapped to audition for a Spice Girls-esque group called Gloss. She gets the gig and is christened “Sassy” Gloss, and she and her bandmates Yumi (aka Tasty), Rose (aka Rosy) and Merry (aka Cherry) sell out concert venues across the planet, getting press for their alleged infighting and party mishaps as much as for their #1 hits. But in 2002, after one of Cassidy’s friends suffers life-threatening injuries in a car accident that Cassidy blames herself for, Cassidy walks away from the group in despair. The dark side of fame is evident throughout this spirited and expertly plotted story, especially in characterizations of abusive musician Stephen St. James and Gloss’s ruthless manager, Peter. The author creates an unforgettable heroine in Cassidy and convincingly explores the depth of her depression. Sloan's debut will leave readers eagerly awaiting her next outing. (Sept.)

Correction: The author's last name was incorrect in a previous version of this review.