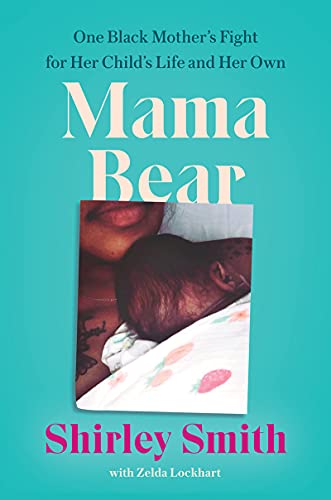 Mama Bear: One Black Mother’s Fight for Her Child’s Life and Her Own

In this affecting debut, Smith, an advocate for families with premature infants and wife of NBA all-star J.R. Smith, tells the tumultuous story of her own daughter’s early birth, the lasting effects of intergenerational trauma, and the burden Black women carry to survive in a society inhospitable to them. As she writes, “Being in survival mode... can make anybody feel like they can do anything as long as it takes, with undying endurance. But that’s a myth, Black women aren’t machines.” With vulnerability and compassion, Smith celebrates the resilience of the Black women in her life while pointing out the ways in which they have been failed, particularly concerning maternal and infant mortality caused in part by “experiencing extreme and moderate racism on a regular basis.” To this end, she weaves together recollections of her own tragic childhood—which was overshadowed by poverty, neglect, and her mother’s drug addiction—with the ordeal of witnessing her daughter, “the youngest preemie ever to survive,” fight for her life at 21 weeks old. While the visceral emotion is gripping, the book’s momentum is sometimes stalled when Smith turns to aspects of her husband’s life—such as his infidelity, court proceedings, and brief prison stay. Nevertheless, this is a captivating, important work. Agent: Rica Allannic, David Black Literary. (Sept.)
close
Details