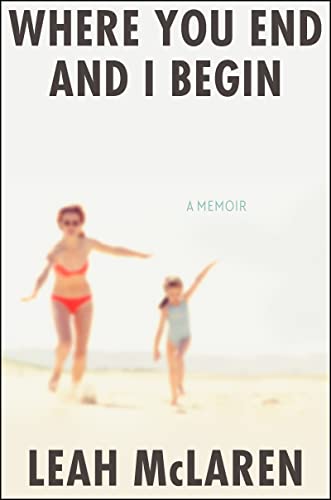 Where You End and I Begin: A Memoir

A mother’s fraught history prompts an intelligent and affecting interrogation of generational trauma in the magnificent latest from McLaren (A Better Man). After a teenage McLaren had a distressing sexual experience, her mother, Cecily, confided in her about her own history of abuse: as a 12-year-old, she was groomed and raped by her horseback riding instructor, referred to here only as the Horseman. The abuse continued for several years and would reverberate through both Cecily and McLaren’s lives—as McLaren’s therapist explained, “[Trauma] can be... passed down. Especially between mothers and daughters who lack boundaries.” Cecily took pride in being a best friend rather than a mother to McLaren—openly discussing her sex life and leaving McLaren to take care of herself in their bustling household. McLaren, meanwhile, remained fascinated by the specter of the Horseman on their lives: “The story of the Horseman had become something else—a story that was my mother’s but also indisputably mine. In that story, my story, there were no obvious victims or predators, just a mother and a daughter trying and failing to love each other.” As McLaren untangles their complicated bond, she offers an unconventional meditation on consent, love, and motherhood that’s imbued with radical compassion when McLaren later becomes a mother herself. The result is a kaleidoscopic portrayal of family ties at their most complex and beautiful. (July)

Correction: An earlier version of this review mischaracterized the nature of the author's distressing sexual experience.