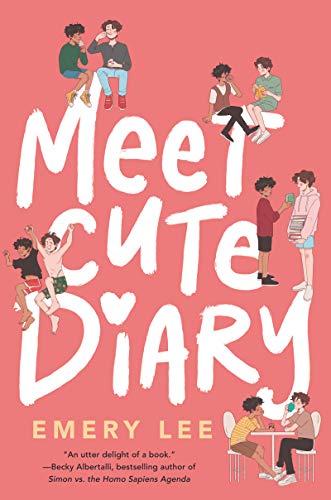 Noah Ramirez, a trans 16-year-old who is Japanese, Afro-Caribbean, and white, is spending the summer with his older brother, a college student in Denver, before moving from Florida to California. Noah plans to work on his wildly popular Meet Cute Diary blog, “designed to bring love to trans kids in need,” where he posts meet-cute stories. It’s his main focus in life, but it’s also fake: he writes all the posts himself, while letting readers believe they’re submitted anonymously. When an online troll catches on to Noah’s ruse, he and a handsome reader, cisgender Drew, who is white, fake the perfect relationship to prove the blog’s legitimacy. Through an unlikely friendship with sweet, grounded Devin, who is Cuban American, asexual, and experimenting with pronouns, Noah—initially self-centered and standoffish—learns to value communication and empathy, resulting in a satisfying character arc. It’s unclear why Noah’s having a boyfriend will persuade his audience of the Diary’s legitimacy, but plenty of humor and an honest portrayal of the hard work that a successful relationship requires buoy Lee’s hope-filled debut. Ages 14–up. [em]Agent: Claire Draper, the Bent Agency. (May) [/em]
close
Details