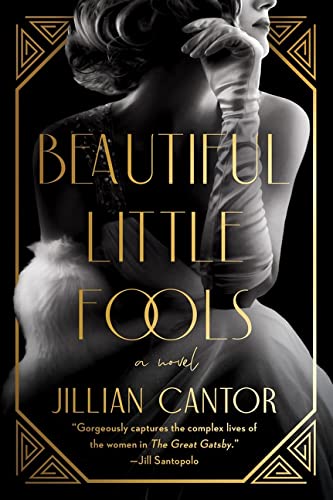 Cantor (Half Life) succeeds brilliantly with this audacious revisionist murder mystery featuring characters from The Great Gatsby. In Fitzgerald’s version, it was George Wilson who killed Jay Gatsby. Here, Cantor imagines a woman shooting Gatsby in “heat...anger...and...madness.” Three women figure prominently in the narrative. There’s “careless, carefree” Daisy Buchanan from Louisville, Ky., who “wanted to be someone who mattered”; her ambitious, sporty childhood best friend, Jordan Baker, who is embroiled in a women’s golf circuit scandal; and Catherine McCoy, who leaves the family farm for New York City, where she works for the National Women’s League, attends suffrage meetings, and worries about the bruises on her sister. Cantor successfully captures the style and tone of the 1925 novel with vivid details, such as Daisy’s “lavish honeymoon in the South Seas”; a life of luxury in Santa Barbara, Calif.; a Cannes chateau; and the ultimate extravagances of East Egg. Also featuring into the story is Det. Frank Charles, who believes everyone he interrogates about Gatsby’s death is an “incurable liar.” Loneliness, homesickness, and the “forever endless winding river” of grief pursue Daisy as justice is served. Proving once again that it is “hard to forget the past,” Cantor’s admirably convincing act of literary skullduggery offers many rewards. Agent: Jessica Regal, Foundry Media. (Jan.)
close
Details