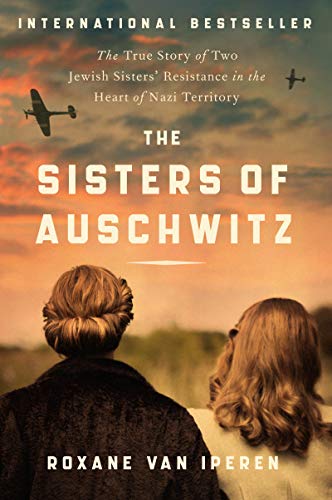 The Sisters of Auschwitz: The True Story of Two Jewish Sisters’ Resistance in the Heart of Nazi Territory

Dutch lawyer and novelist van Iperen weaves a spellbinding story of resistance and survival during WWII. Lien Brilleslijper, a dancer, and her younger sister Janny, who was newly married and pregnant when war broke out in 1939, became active members of the Dutch resistance, printing an underground newspaper, hiding political refugees, and making fake identity cards for Dutch Jews trying to avoid deportation. In the summer of 1941, with both sisters’ families facing arrest, they fled their respective homes for a house in the forest near the village of Naarden that became a resistance center and refuge for Jews fleeing the Nazis. Betrayed by an informer in 1944, they were arrested and transported to Auschwitz and then Bergen-Belsen with Anne Frank and her family. Tens of thousands of prisoners, including Anne and her sister Margot, died before British troops liberated Bergen-Belsen in April 1945, but Janny and Lien survived. Van Iperen’s prose is poetic without lapsing into sentimentality, and she maintains suspense from the first page to the last. Offering fascinating insights into Amsterdam’s Jewish Quarter, the fate of the Frank family, and the bonds of sisterly devotion, this standout history isn’t to be missed. Agent: Tracy Fisher, WME. (Aug.)
close
Details