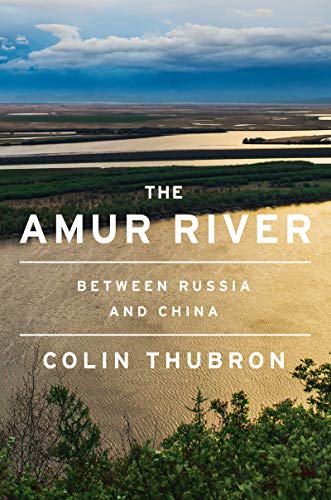 The Amur River: Between Russia and China

Novelist and travel writer Thubron (Night of Fire) evokes in this breathtaking account the beauty and harshness of the 1,100-mile-long Amur River that forms the border between Russia and China. Setting out on horseback from the river’s source in Mongolia, where a campfire is “the sole human light seen only by wolves or woken bears,” Thubron travels by sailboat, train, and car to the Russian town of Nikolaevsk-na-Amure, where, “thick with silt and pollution,” the Amur empties into the Pacific Ocean. He writes sensitively and cogently about the life along the river’s shores, profiling the semi-nomadic Buryats, whom Stalin and his Mongolian counterpart, Khorloogiin Choibalsam, persecuted relentlessly in the 1930s, and the Manchu, who rose up from the region in the 17th century and ruled China for nearly 300 years. In desolate villages, aged cities, crumbling monasteries, and roadside shrines, Thubron documents the interplay of politics and history, contrasting the “subdued fatalism” of Russians living in the river basin with the bustling optimism of the Chinese, whose glitzy restaurants and markets mask signs of discontent. Thubron’s powers of observation and his dogged determination to complete this arduous journey—despite numerous injuries and a police interrogations—make this a top-notch travelogue. Agent: Clare Alexander, Aitken Alexander Assoc. (Sept.)
close
Details