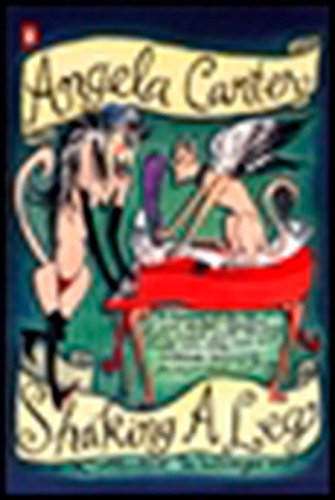 There is no question that Carter (1940-1992) did what she did best extremely well. Her darkly imaginative fiction, such as the novel The Infernal Desire Machine of Doctor Hoffman or the short-story collection The Bloody Chamber, caused at least one critic to call her England's ""Lady Edgar Allan Poe."" But fiction was only one part of Carter's output, the other, quite substantial share, is represented here in nearly 150 articles written between 1967 and 1992. Most of the pieces originally appeared in New Society, London Review of Books, the Guardian or a handful of other venues, and over half have never been previously collected. Her three essays on her parents are particularly lovely and Carter's admirers will want to read what she has to say on such formative writers as Borges, H.P. Lovecraft, Poe, Christina Stead, Michael Moorcock and the masters of fairy tales, the Brothers Grimm, Andersen and Perrault. On other subjects--travel, the body, movies, music, television, fashion--Carter's style remains irresistible (she describes Antonin Artaud as ""another nutter, another bedsit megalomaniac creating huge cosmogonies between rarely changed sheets that permanently reeked of last week's bacon fat""). However, her pursuit of the good line occasionally gets in the way of the facts (e.g., ""Josef von Sternberg, ne Joe Sternburg of Brooklyn""--however dubious his claim to the ""von,"" he was born in Vienna). And despite Carter's stylistic proficiency, the overall content of her essays reflects a rather predictable political condemnation of gender/class hegemony. This collection should be read piecemeal; for those smart enough to do so, Carter's style and descriptive sensibility will overwhelm any objections. (Dec.)
close
Details