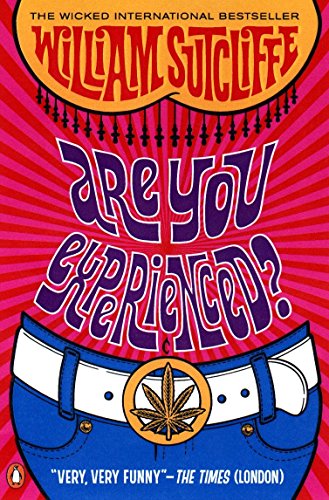 David Greenford, the skeptical British narrator/hero of this breezy novel, just wants to sleep with Liz, his best friend's girlfriend, but winds up spending three harrowing and thrilling months backpacking in India the summer before starting university. The best friend, James, brags about his upcoming arduous trip to various Third World countries and once he departs, David and Liz become uneasy friends and quasi-lovers, planning their own journey to India. Once there, David's charming dorkiness clashes with Liz's hunger for the hip authenticity of tourist culture. Sutcliffe provides a little too much of their repetitive quarreling, but at moments these squabbles are hilarious. When Liz falls for Jeremy, a rich, self-righteous poseur, David is annoyed but takes ""J's"" advice to travel from Delhi to Manali, where pot is cheap and plentiful. Jeremy shows up there, too, directing everyone to the ""real"" India, complaining about the ""two-week"" tourists who ruin India for honest, caring travelers like himself. David finds decent company with an Anglo-Indian named Ranj, who's running away from his wealthy, prominent family. Meanwhile, Liz ditches David to join an ashram, and while David is disgusted by Liz's hypocrisy and fed up with her cultish karma-chasing attitude, he's soon confronted by his own folly. Traveling solo, David meets a journalist whose hostile diatribe pinpoints the theory at the heart of the novel: that David is merely on a ""poverty-tourism adventure holiday,"" willfully ignorant of Indian culture and therefore offensive. The real soul-searching follows, along with David's first bout with dysentery, an extravagant week with Ranj and the grateful return to good green England. Sutcliffe's ruthless and scathing skewering of the cult of slumming teens on their life-defining holiday also rings with the genuine twang of excitable, adventurous, vulnerable youth, and is sure to be a favorite with young world-travelers on the road in search of their identity. (July) FYI: Sutcliffe's first novel, New Boy, not published in the States, was a bestseller in England.
close
Details