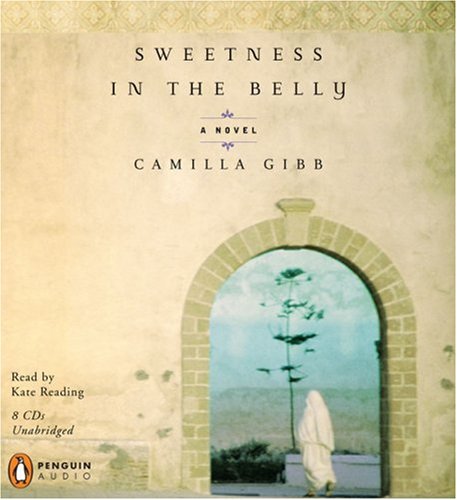 Sweetness in the Belly

While Kate Reading has a beautiful narrator's voice, low and lilting, dramatic and enticing, her characterizations are problematic. She often uses an annoying little-girl voice for protagonist Lilly, a white Western woman raised in a Moroccan shrine as a devout Muslim, living through the 1970s among Ethiopian Muslims who consider her a "forenji" (foreigner) despite her Arabic fluency and her Islamic piety. Reading also casts many of the Ethiopian women in a harsh, high range that makes them sound rather silly. Still, this is an engrossing listen because the novel is well written and timely. Gibb's prose rhythms are lovely, her language sensuous, her images vivid and her story of love doomed by political reality dramatic and moving. We move back and forth between the daily routines of deeply devoted families in Harar in the 1970s as Ethiopia disintegrates, and of the exile community in London in the '80s as Lilly awaits word of her Sudanese lover, who chose to stay on to fight the Haile Selassie regime. Without avoiding cultural aspects Westerners find so repulsive—a description of ritual clitoridectomy is almost unbearable—the reading exposes us to Muslim communities quite different from those written about in daily newspapers, communities worthy of respect, concern and action.