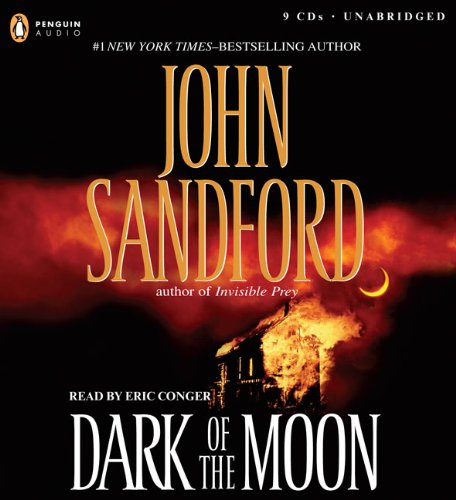 Dark of the Moon

What a pleasure to find a novel with an upbeat hero paired with a reader who is more interested in telling a story well than in demonstrating the outer limits of his vocal range. Far from the usual cynical, borderline-depressed investigator, Virgil Flowers is a likable, hang-loose sort of sleuth who enjoys life and seems to relish handling the â€œhard stuffâ€ for his boss, Lucas Davenport (Sandford's series hero makes a brief cameo). Flowers's assignment is to investigate several gruesome murders in a small town. Unlike the harder-edged series, is more of an entertainment, allowing Flowers to supplement his determined quest for justice with witty conversation and several romantic interludes. Conger matches the lighter moods with a mellow, almost mesmerizing matter-of-fact delivery, adjusting his vocal range just slightly to differentiate speakers. But when the action demands itâ€”such as the grim opening murder scene or the suspenseful storming of the cult leader's encampmentâ€”Conger's voice takes on a properly hardboiled intensity.