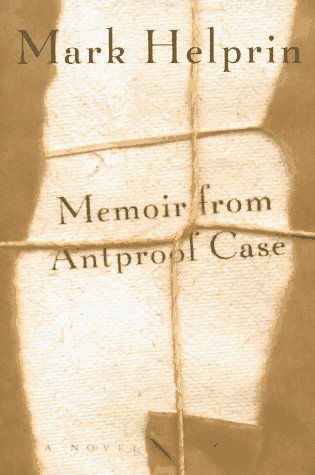 His usual mixture of flamboyant fantasy and concrete detail animates Helprin's (Soldier of the Great War) latest work, a tour de force that combines adventure, romance and an overview of the 20th century into a bittersweet narrative. This ``memoir'' is being composed in humid, insect-ridden Brazil, and its pages are preserved in an antproof case. How the elderly narrator ended up there after his birth in New York's Hudson Valley, an adolescence in a Swiss lunatic asylum (he killed a man and was deemed insane), college at Harvard, a perilous stint as a fighter pilot in WWII, a career as an investment banker in Manhattan and other eventful episodes, is the burden of the convoluted, intriguing story. It's an old man's tale, plangent with remorse and regret, yet vibrant with robust memories of sexual and aerial escapades. It's also somewhat farfetched, since the narrator has waged a lifelong, maniacal crusade against coffee, an obsession whose origin is only revealed in the novel's affecting last pages. Never one to tell a lean story, Helprin indulges in dozens of riffs and digressions exploring the principles of physics, anatomy, education, morality, monetary theory, aeronautics, engineering and many other subjects. Some of these descriptions are little short of gorgeous; others are tedious. Similarly, Helprin's witty, ironic humor sometimes veers into farce (e.g., a banquet scene where bank officers are served steak and the narrator, in disgrace, must eat a turkey anus). To his credit, Helprin is endlessly inventive, and one expects his characters to behave as they do in fairy tales and fables, not in real life. Yet real life pulses so strongly in some scenes (especially the account of the events surrounding the death of the narrator's parents) that they could stand as set pieces, full and complete in their stark and immediate impact. For all of its excesses, there is enough magic in this story to keep readers actively engaged. Major ad/promo; author tour. (Apr.)
close
Details