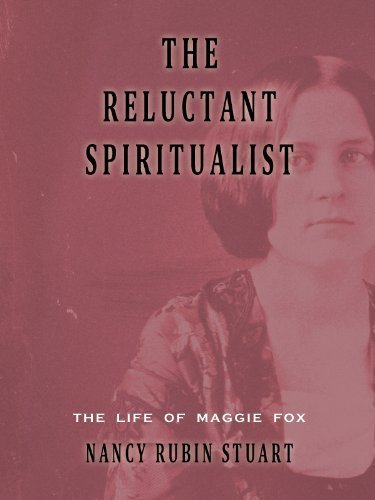 THE RELUCTANT SPIRITUALIST: The Life of Maggie Fox

Stuart gives us the first modern biography of Maggie Fox, cofounder of spiritualism. After the two young Fox sisters, Maggie and Katy, claimed they had contacted spirits of the dead in 1848, a large religious movement coalesced around them. But that movement faded when, in 1888, Maggie Fox revealed that the ghostly communication had been a hoax. In this fast-paced biography, we follow Fox through the rise and fall of spiritualism, tracing her travels and lectures, her romance with Arctic explorer Elisha Kane and sister Katy's desperate slide into alcoholism. Stuart argues that, despite its fraudulence, spiritualism left a powerful legacy, influencing Duke University's 1920s studies of ESP, Elisabeth Kübler-Ross's work on death and dying and today's interest in all things New Age. Though highly readable and entertaining, this biography leaves several large questions unanswered. Primary sources recording Maggie's own voice are few; readers may wish for more intimacy and a clearer sense of how Fox felt about the remarkable wool she was pulling over America's eyes. Stuart also neglects larger questions of social history: other than a brief excursus on mesmerism, she makes little attempt to explain why spiritualism was so very popular. Because Stuart neither takes us closely into Fox's heart and mind nor paints an especially rich picture of the mid–19th-century American spiritual landscape, this book engages but ultimately fails to satisfy.