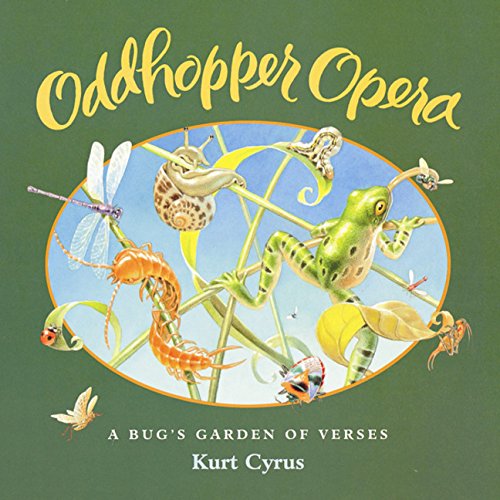 Bold, inventive artwork lends high spirits to Cyrus's () down-and-dirty view of a garden. Full-bleed pictures share the eye-popping scale and dimensionality of David Kirk's Miss Spider books, but the palette is realistic and the action reflects bug behavior. At first the impression is one of enthusiastic chaos. Poems appear without titles but have different narrators; occasionally, words loop around the pages like vines. But ample visual and verbal clues spell out distinct story lines and a temporal setting, progressing from summer to autumn. Early on, snails begin a race ("Give them a holler, a nod, and a nudge..../ Give them a minute, and see if they budge"); they reappear on subsequent spreads until, on the final page, Mrs. Molasses wins—a Pyrrhic victory, as an overripe tomato then falls on top of her ("SPLAT!/ That's that," the book concludes). One standout spread shows what appears to be a branch surrounded by a snake, but a closer look reveals a Katydid atop a walkingstick. Running gags include an overturned beetle who struggles to right himself; and ants who march along, shouting "BOINK" as they bump heads (a joke for budding entomologists who are aware that ants touch antennae to communicate). Many kids will like the gross-out factor in the attention paid to dung beetles as they feast; vegetables as they rot; bugs being consumed; etc. Throughout the seasons, this volume sustains its gleeful bounce. Ages 5-10.