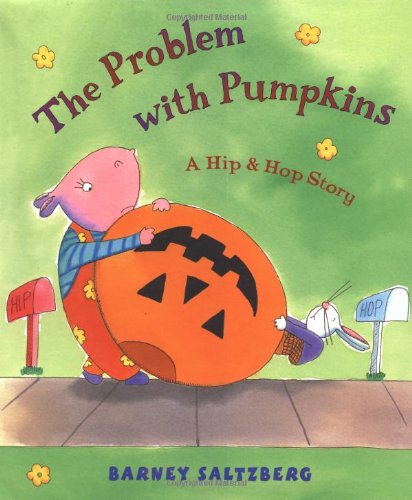 THE PROBLEM WITH PUMPKINS: A Hip & Hop Story

Hop, a white rabbit, intends to dress as a pumpkin for Halloween. He doesn't want Hip, a pink hippo, to steal his idea. Hip agrees to be a pirate instead of a pumpkin, but she sulks on the big night. Hop relents, saying, "I'd rather we were both pumpkins, than trick-or-treat all by myself." In simplified ink-and-watercolor panels, Saltzberg () addresses a frequent quarrel among friends with a satisfying compromise. Ages 5-8.