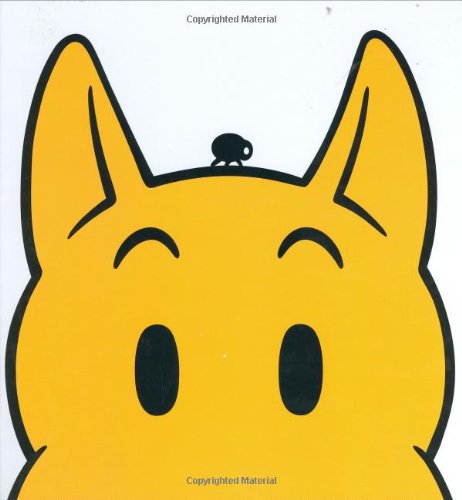 This wordless sequence of comic panels, the first in a planned Bow-Wow Books series, is an eminently charming and surreal twist on what might otherwise be just another of the dog days of summer. Garbage Pail Kids creator Newgarden and Cash ( ) create a kind of silent feature, composing each orderly panel with a beefy black line and saturated digital colors. Bow-Wow himself, a golden-yellow terrier, has oval-dot eyes and an expressive brow that convey a broad range of emotions as he goes about his day. The action centers on his pursuit of a pesky black bug, which hops to the edge of his dog dish in the morning. With his nose to the ground and brow furrowed in concentration, Bow-Wow tracks the bug down the sidewalk where, in swift succession, gags pile up and absurdities bloom. Bow-Wow encounters a Doppelganger and the duo (as well as their respective insects) engages in an increasingly zany series of mirrored movements. Bow-Wow then meets an enormous lookalike who has been pursuing an equally oversize insect; when Bow-Wow flees this pair of behemoths, he rounds a corner to find a wild convoy of dogs sniffing after bugs. (Turning yet another corner, he is stunned to discover an array of giant insects chasing after minuscule dogs.) Newgarden and Cash use a varied layout of panels to great effect (three spreads are dedicated to close-ups of Bow-Wow's blinking disbelief as the enormous creepy-crawlies charge toward him), making this outing, which in less skilled hands might have read like a Sunday comic strip, feel enormously fresh and modern. Ages 3-7.