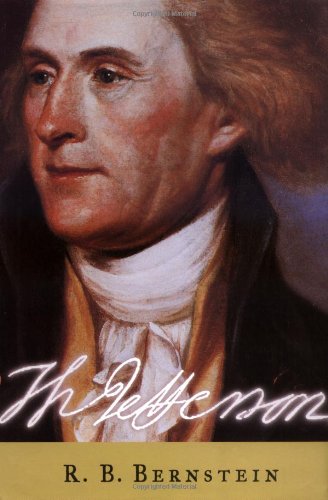 And still they come, these biographies of Thomas Jefferson—so many, in fact, that it's sometimes hard to tell them apart. But not this one. Veteran historian Bernstein (, etc.) pulls off a remarkable feat: he writes of Jefferson and his "ambiguous legacies" with utter serenity, detachment and balance. He takes no sides and offers no particular arguments about the man. Instead, in prose of the utmost directness and clarity, Bernstein simply lays out the great founder's life in all its complexities, achievements and, at the end, ruin—by which he means not only Jefferson's late-life financial plight but also his sad conviction that a new generation had become unfaithful to "his" Revolution. The acid test these days for partisan or skeptical biographers of Jefferson is how to present his relationship with his slave Sally Hemings. In a characteristic example of his evenhandedness, Bernstein treats the controversy in a concise summary, then tells us what is now known of the relationship and what cannot yet be determined. One comes to trust the author as a guide, not a polemicist. In fact, it's precisely because Bernstein reveals nothing new and argues not at all that anyone wanting to brush up on Jefferson's life or gain exposure to the latest findings about it will find this book of huge value. It will be most valuable to those seeking an introduction to Jefferson's life and achievements. There's little doubt that the book will become the standard brief one-volume biography of someone who was "the leading spokesman for the revolution of ideas that changed... the face of America and the world."