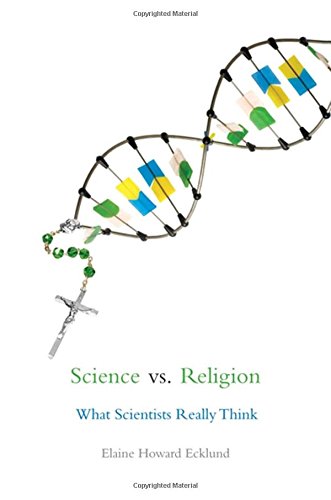 Science vs. Religion: What Do Scientists Really Think?

Ecklund, a professor at Rice University, surveyed 1,700 scientists at 21 elite universities to ascertain how many of them were influenced by religion. She sent a 34- question survey and did 275 personal interviews. Her well-footnoted book profiles how natural and social scientists interact with each other in their own departments, the university at large, students they teach, and the general public. Within the survey, she discovered individuals who identified no religious tradition but considered themselves to be spiritual (“spiritual atheists”). Among those who were religious, she found varying beliefs about the ultimate nature of things, including intelligent design, evolution, and creationism. Professors presented their convictions or silenced them, either bringing religious thinking into classrooms or keeping it out. Many saw religion as useful in teaching ethical behavior in society. Ecklund concludes by dispelling myths about today’s science professors, offering an evidence-based peek behind the doors of academia.