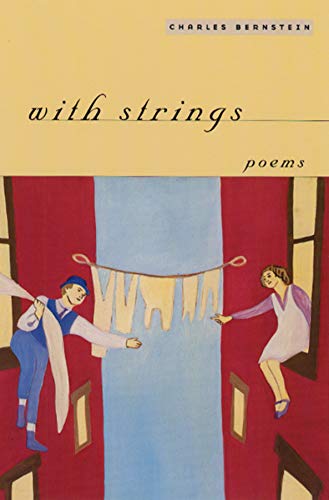 "These statements are based on current expectations and projects about the aesthetic environment and assumptions made by the author and are not guarantees of future performativity," writes Bernstein in "Today's Not Opposite Day," one of many cagey, slapstick satires in his large new collection. Bernstein has never been an easy pleasure, from the early minimalist sensibility of his Language-oriented work, through his prose poems, collage pieces, and recent poetic incarnation as borscht belt professor. These poems nevertheless reflect a growing comfort with the role of public intellectual and avuncular proselyte for all things radical, marked by a decisive turn toward vaudevillian satire: "the toilet seat is down now/ it's there I plan to sit/ until I find that doggy bag/ I lost while just a kid." Many poems are nail-scratchingly obvious in their form, as in the inverted ballad or "Besotted Desquamation," in which every line in the poem contains four words beginning with the same letter "marshalling muted might majestically," and are in deep engagement with the most mundane modes of culture. This rationale for writing very "bad" poetry makes one put all aesthetic—and by extension social and moral—judgments in scare quotes, pitting the reader against the very value system that may have brought him or her to the poem itself: "& the moral/ of that is: If you kill the spirit/ in others, you kill it in yourself./ & the moral of that is: Watch the slings and arrows & the automatic/ weapons will get you every time." There is no real way to determine where the plentiful filler ends and reality begins, or where the poem ends and the jacket copy starts, which seems to be Bernstein's entailed, 'self'-defeating intent ("suspicion/ in the travail/ made foam"), forcing readers to recognize and confront their formal and ideological chaff.