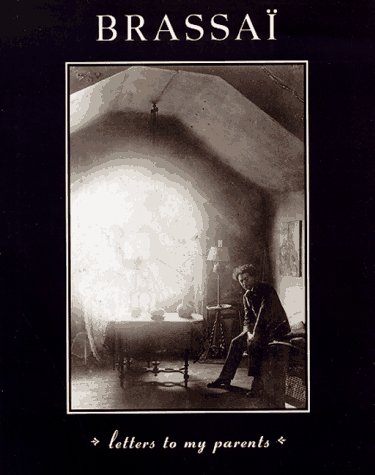 Brassai: Letters to My Parents

From the first, these letters chronicle a brash, opportunistic and mundane side of a man whom we know as a brilliant and sensitive poet, sculptor and, most of all, photographer. It isn't surprising that the mature Brassai, writing a preface to the Hungarian edition in 1978, said he ""blushed in shame"" rereading them. Nonetheless, he allowed their publication--a tribute to his credo of showing life as it is. Almost every letter details his financial distress, down to the mark and centime, making this a veritable sourcebook for the prices of rent, food and bar-tabs from Berlin to Paris in the `20s and `30s. A struggling painter, the ingenious Brassai lived by writing a furious stream of articles--some plagiarized or invented--that were published across Europe and later the Americas. Still, nightlife and art supplies being costly, his parents were inevitably summoned for cash. Only in February 1929, did he contemplate buying a camera to avoid paying others to illustrate his articles. Recognizing a potential means to his objectives, he consciously cultivated an extraordinary range of society, and it paid off when his books Paris de nuit (1933) and Voluptes de Paris (1935) with their focus on Montparnasse's bohemians and miscreants, met with quick success. Brassai reveals few intimacies (after all, as the subtitle notes, these are ""letters to my parents""), except with Lajos Tihanyi, a painter and fellow Hungarian, who is the most fully portrayed and loved. Tihanyi died of meningitis in the fall of 1937, while other friends were deported or fled Paris, leaving a reflective Brassai wanting to ""give up photography,"" to ""free himself."" Luckily, he didn't. 19 photos. (Sept.)
close
Details