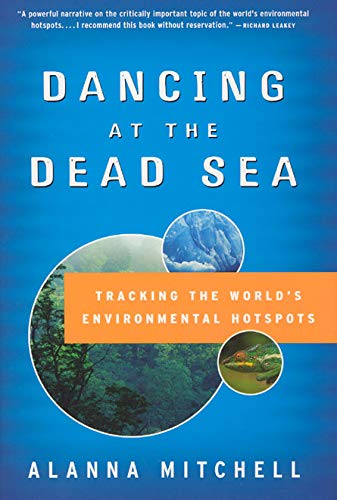 The itinerary of this winning pilgrimage is well-chosen to illustrate contemporary environmental crises. Mitchell, an environmental journalist at the Toronto visits some familiar disaster areas, including the island of Madagascar, whose deforestation by a populace hungry for land and firewood is wiping out a unique ecosystem; the dying Jordanian oasis of Azraq, whose aquifer has been drained to support development in Amman; and the Canadian High Arctic, where the native Inuvialuit people see apocalyptic portents in the warming of winters and thinning of sea ice. Mitchell also explores more hopeful locales, like Suriname, in South America, which has preserved 90% of its rainforest, and Iceland, which is using geothermal energy to wean itself off of fossil fuels and onto a hydrogen economy. Mitchell dusts her lucid, if sketchy, rundown of environmental issues with a sprinkling of ecotourist travelogue, as she visits Amazonian religious sites and goes scuba diving off the Galápagos Islands. She tries to tie it all together with a garbled interpretation of Darwinian evolution, writing that species "are programmed to continue to adapt... even if it means dying out." Extinction is not quite what Darwin meant by adaptation, but there's no doubt the great naturalist would be appalled by the panorama of ecological havoc described by Mitchell.