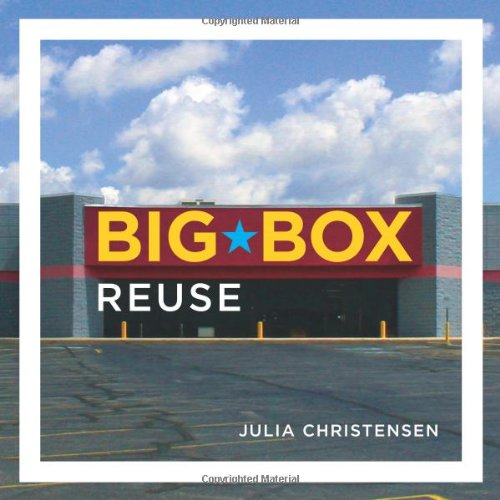 Since 1962, big-box stores of 20,000 to 28,000 square feet have dotted the American landscape, their “bare-boned” appearance, according to artist Christensen, promising “bare-boned bargains.” But after the box is vacated, sometimes after only a few years, a community is left with a decision about what to do with the structure. Christensen focuses on empty Wal-Mart and Kmart stores to discuss 10 imaginative and successful projects converting boxes into a library, a Head Start center and a senior resource center, among others. Charter schools have moved into empty big boxes, as have churches, for whom, Christensen says, the big box may be “the revival tent of the twenty-first century.” Christensen's stories can become repetitive, but the themes she draws from her investigations carry conviction and a sense of urgency. She argues that eventual reuse should be a part of a big box's original design, and that information on reuse should be disseminated so municipalities can make informed decisions. But she also questions whether we should want a future landscape of renovated big box stores: “We are what we build,” she says. 77 color photos.