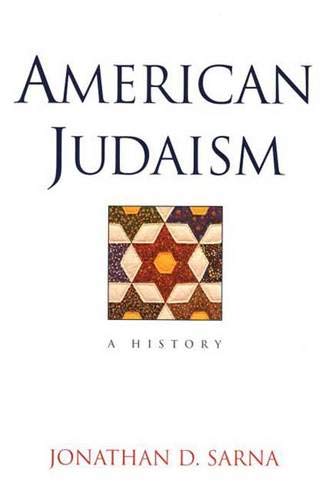 Such scholars as Howard M. Sachar, Henry L. Feingold and Jacob R. Marcus, among others, have produced complete histories of American Jewry. Sarna, a Brandeis University professor who has published on various aspects of American Jewish history, now joins the ranks of his distinguished predecessors. Marking the 350th anniversary of Jewish settlement in New Amsterdam (now New York), this outstanding survey emphasizes the religious history of Jews in America. Since it is difficult to disentangle religious history from the entire story of how Jews fared generally in the United States, the book provides a sweeping overview of the trials, tribulations and triumphs of American Jews from 1654 to the present. Sarna writes in sprightly prose, usefully presenting anecdotes about some unfamiliar people and events: for example, he introduces Rachel "Ray" Frank, an obscure late-19th-century "charismatic woman Jewish revivalist." Full attention is also paid to the great rabbinical leaders, the movements they led and the problems they encountered. Sarna's fact-filled presentation demonstrates that American Jews have always worried about intermarriage, assimilation and continuity. At various times, they have found answers in regeneration, revitalization and renewal. Concluding with a consideration of contemporary dilemmas, Sarna draws from history the possibility that "American Jews will find creative ways to maintain and revitalize American Judaism."