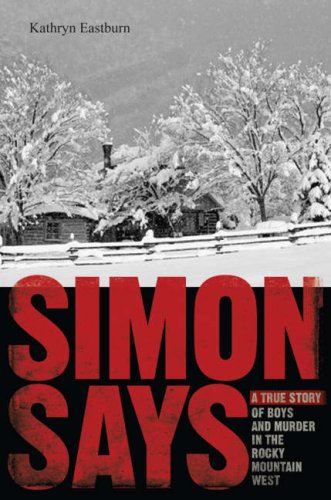 Simon Says: A True Story of Boys, Guns and Murder

On New Year's Eve 2000, Isaac Grimes, a Colorado Springs high school sophomore, went on a sleepover at the rural Colorado home of the grandparents of his former best friend Tony Dutcher. There, Isaac confessed three months later, he slit Tony's throat while his accomplice and fellow student Jon Matheny shot to death Carl Dutcher, a military veteran and licensed arms dealer, and his wife, JoAnna. Grimes and Matheny blamed high school senior Simon Sue for planning the triple homicide; Sue had bullied them into believing they were guerrillas following orders in a Marxist Guyanese paramilitary organization. At 15, Grimes became the youngest inmate in the adult prison system after he was convicted and sentenced to 60 years; Matheny and Sue were sentenced to 66 and 53 years, respectively. Eastburn, who covered the case for the , offers a well-researched, fast-paced account of events. The crime is ultimately more interesting than the criminals, who shed meager insight into their own motives and psyches. Photos not seen by .