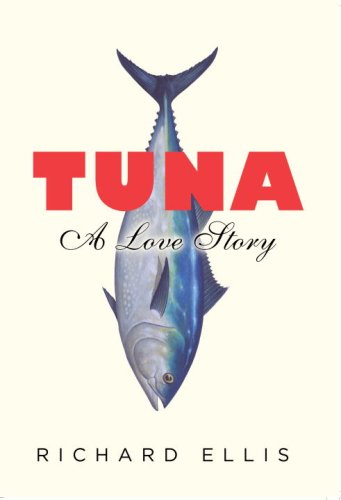 Ellis ( ) covers everything one could want to know about the “biggest, fastest, warmest-blooded, warmest-bodied fish in the world,” describing the various species of tuna and giving a thorough account of the history of recreational and commercial tuna fishing. The bluefin tuna—on the brink of extinction—receives the most attention, and Ellis contends that the Japanese fondness for tuna sashimi—and Japanese willingness to violate fishing restrictions—is largely to blame. Tuna farms, where bluefin are fattened, were once thought to be the answer, but Ellis argues that they are contributing to the problem as young tuna do not have time to breed and replenish the stock in the ocean; the fish fed to the bluefin are themselves being overfished; and waste from the pens causes pollution. Ellis presents an overload of information—too many facts and figures on weights, measurements and numbers of fish caught and sold—however, his impassioned message comes through clearly: someone must figure out how to breed the bluefin in captivity, because as things stand now, it will not survive in the ocean. Photos not seen by .