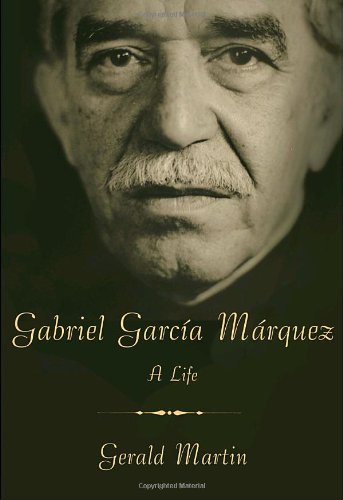 Martin's control of his prodigious material in this first authorized biography of the great Colombian novelist García Márquez is astonishing. Martin ( ) writes with a novelist's momentum. His descriptions of García Márquez's hometown, Aracataca (fictionalized as Macondo in ), are atmospheric without being cloying; he conducts literary exegesis deftly, like a detective hunting for clues. From isolated youth to shabby college man in thrall to Kafka and Woolf, the “sexual reprobate” and the Nobel Prize laureate, grounded by his marriage and community of fellow writers and friends, and by turns publicly aloof and loquacious, García Márquez seems to be many different men, but his biographer handles the contradictions with finesse. Almost entirely laudatory, the biography addresses the controversies—which generally orbit the politicized García Márquez —gingerly if at all, and renders his off-putting traits endearing. Martin has come to praise García Márquez—whom he regards as the one writer who has been as artistically influential as the early modernists (in pioneering magical realism, now a staple in fiction from the developing world) and positively Dickensian in his popular appeal. 16 pages of photos, 3 maps.