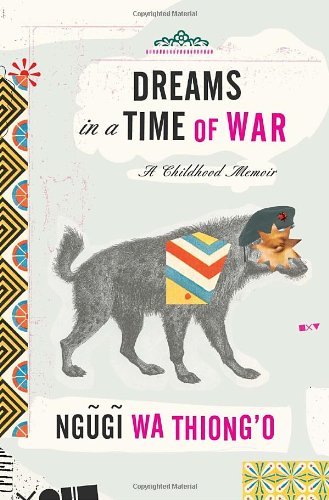 Dreams in a Time of War: A Childhood Memoir

Celebrated African author and activist Thiong'o tells no ordinary coming-of-age tale. The fifth child of his father's third wife—one of an extended family whose collective experiences range from rural farming and carpentry to WWII rifleman—Ngugi skillfully recounts the challenges and calamities of growing up in British-occupied Kenya. Born in 1938, he recalls a boyhood framed by his pursuit of education (he had a unspoken pact with his mother to always do his best) and by his developing awareness of nationalist politics. Through teachers and local storytellers he hears of such world figures as Winston Churchill, Jomo Kenyatta, and Jesse Owens; at home he eventually discovers that within his own family there are both Mau Mau rebels and colonial sympathizers. Tensions between tradition and modernity, a theme Ngugi explored in his first novel, 1964's ), become apparent in his fascination with the Old Testament and Christianity, and his fear when he is interrogated by military authorities. For readers, sequential time surrenders to a sense of narrative and an engaging humanity.