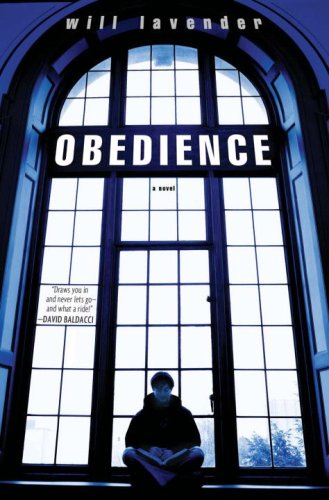 A complex conspiracy involving the writing of a book drives Lavender’s compelling debut, a thriller that will strike some as a mix of John Fowles’s and Stephen King’s . At Indiana’s Winchester University, three students—Brian House, Dennis Flaherty and Mary Butler—are taking Logic and Reasoning 204, taught by enigmatic Professor Williams. They quickly learn this is a course like no other. Their single assignment is to find a missing 18-year-old girl, Polly, in six weeks time—or else, Williams asserts, she will be murdered. Is this merely an academic exercise? As Williams produces clues, including photographs of Polly and her associates, the students begin to wonder where homework ends and actual homicide begins. Together with Brian and Dennis, Mary ventures off campus in search of Polly into a world of crumbling towns, decrepit trailers and hints at crimes old and new. A rapid-fire plot offsets thin characterization, though the conspiracy becomes so all-encompassing, so elaborate, that readers may feel a bit like Mary when baffled by her quest: “This is what she felt like: led, played, not in control of anything she did.”