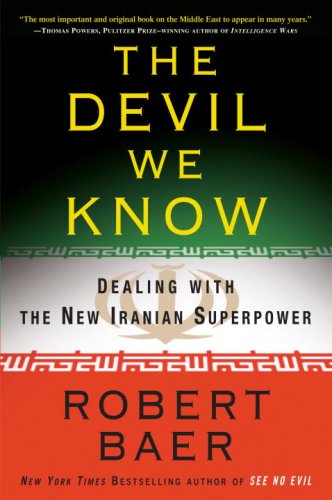 The Devil We Know: Dealing with the New Iranian Superpower

Former CIA operative Baer ( ) challenges the conventional wisdom regarding Iran in this timely and provocative analysis, arguing that Iran has already “half-won” its undeclared 30-year war with the United States and is rapidly becoming a superpower. In Baer's analysis, Iran has succeeded by using carefully vetted proxies such as Hezbollah and by appealing across the Muslim sectarian divide to Sunni Arabs, and is well on its way to establishing an empire in the Persian Gulf. Baer claims that since “Iran's dominance in the Middle East is a fait accompli,” the United States has no viable choice but to ask for a truce and enter into negotiations prepared to drop sanctions against Iran and accept a partition of Iraq, which is already, and irretrievably, lost. Baer's assumptions are often questionable—most tellingly that Iran is now trustworthy—and his conclusions premature: he states unequivocally, for example, that “the Iranians have annexed the entire south [of Iraq].” But his brief adds an important perspective to a crucial international debate. ( )