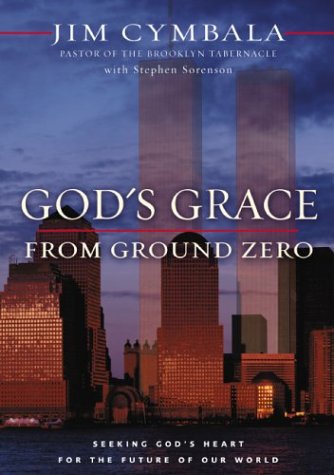 GOD'S GRACE FROM GROUND ZERO: Seeking God's Heart for the Future of Our World

In his most stridently evangelical book yet, Cymbala (; ; etc.) examines the nation's mood after September 11 and declares that it is now "harvest time" for Christians. After the terrorist attacks, Cymbala says, Americans are more open to spirituality—and especially to the message of Christianity. Americans are now "conscious of their vulnerability and need," an awakening evidenced by the overflowing pews at the Brooklyn Tabernacle that Cymbala pastors. While not all readers will agree with the zealous evangelical spirit that drives this book, they will be touched by its stories, particularly the tales of the four Brooklyn Tabernacle church members who were killed in the attack on the World Trade Center, and the chilling account of another member who got out of the building in the nick of time. Cymbala criticizes the response of some unnamed Christians (read: Jerry Falwell) who were quick to place blame and point fingers after the tragedy. He also notes the futility of "analyzing prophecy charts or splitting theological hairs" to try to understand how the attack fits into Christian beliefs about the end of the world. "Jesus clearly said that we will never fully understand prophetic times and seasons," he explains. The more important task for Christians, he says, is to be fully engaged in redeeming the world and its people. This well-written, poignant book will help many evangelical Christians cling to hope in the wake of disaster. ()