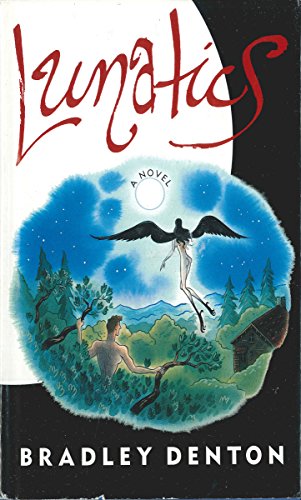 The winner of the 1995 World Fantasy Award for Best Collection (for The Calvin Coolidge Home for Dead Comedians and A Conflagration Artist), who has received critical claim for his mainstream fiction as well (Blackburn, 1993), now offers up a big-hearted, giddily plotted fantasy about the transformative power of sexual love. Recovering from the death of his wife, Jack, an engineer living in Austin, Tex., meets and falls in love with Lily, a perfect beauty--except, perhaps, for her wings and ""clawed bird-feet."" Trouble is, Lily is the goddess of the moon and can meet Jack only when the moon is full, and then only if he awaits her outside, stark naked. When this requirement leads to his being arrested for indecent exposure, a motley crew of friends comes to his aid. In Jack's corner are promiscuous Halle, don't-mess-with-me Katy, sensitive Carolyn, bologna-loving Stephen and Artie, a muscular moron. Under Lily's influence, for the course of a year they come together once a month at Halle's cabin in the woods, where they sometimes exchange one another's significant others. Denton's messages--about losing love in order to find it, and loving the one you're with--are neither new nor unexpected, but they're presented with grace and charm, and with a genuine affection for humanity, foibles and all. (June)
close
Details