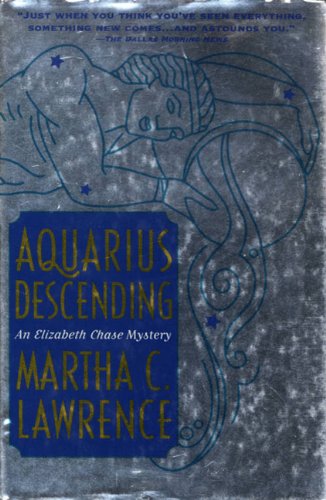 San Diego's psychic private investigator Elizabeth Chase must infiltrate a deadly cult in order to find a missing woman in this third, stylish outing (after The Cold Heart of Capricorn). When her significant other, FBI agent Tom McGowen, asks her to find Jen Shaffer, who's his former fiancee, Elizabeth is initially reluctant, but she changes her mind when she meets the woman's father--and the $25,000 check he has in his hand. Apparently, right after Jen and Tom decided not to marry, Jen had joined the Church of the Risen Lord, later known as the Bliss Project, and cut all ties with family and friends. Now her father has received a package containing Jen's Medic Alert bracelet. He thinks his daughter is in trouble--or dead. Using a fake identity, Elizabeth joins the cult. Before she goes to an initiation retreat, however, she visits a reclusive former member who tells her about a man the group murdered and whose public identity was subsequently erased. He warns Elizabeth that the same fate will befall her if the cult finds out who she really is. As in the series' previous novels, Lawrence writes a gripping, believable story, distinguished by a wise and sensitive narrative voice, that even those skeptical of psychics will enjoy. Agent, Gina Maccoby. (Jan.)
close
Details