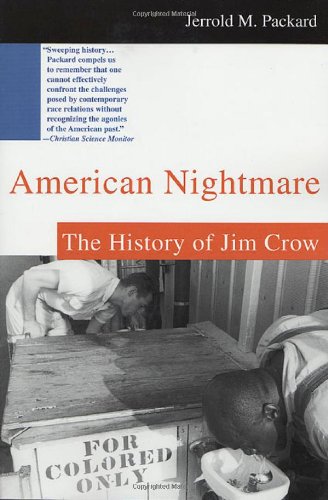 This is a clear, concise, historical narrative of a draconian reality: how U.S. legal statutes were partially generated by, and in turn bolstered, racist social conditions and entrenched customs. Writing simply and with passion, Packard () begins with the surprising fact that African-Americans, as well as whites, were first brought to America as indentured servants. But by 1670, laws were in place that consigned African-Americans to slavery. While not offering any new or startling analysis, the strength of the book is its accumulation of detail. Packard's background on Homer Plessy, whose case generated the Supreme Court's 1896 v. decision legally codifying "separate but equal," is moving. Teddy Roosevelt's landmark White House dinner with Booker T. Washington is shown to have been a casual invitation, not a planned political move. A 1969 study showed that less than 1% of African-Americans worshiped with their white counterparts. One of the nine high school students needing the assistance of Federal troops in 1957 to attend the newly integrated school in Little Rock, Ark., was later expelled for responding to racist taunts. Packard carefully places these facts in a firm historical context. Even when the material is familiar, he weaves it into a sturdy and often shocking American tapestry.