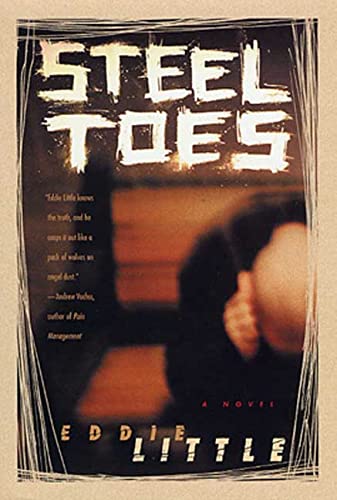 Revisiting the prison milieu that made the author's a critical success, Little springs a violent felon from an Indiana prison and sends him climbing up the criminal ladder before a high-stakes coin heist in Boston brings him tumbling back to earth. The adventures of antihero Bobbie Prine continue in this sequel as Prine executes a daring escape from the high-security Indiana facility he calls home, and quickly goes back to his drug-taking, law-breaking ways after landing on his feet on an Illinois farm run by a friend. His first criminal venture is a mildly lucrative gig kiting travelers' checks, but Prine's longing for the big score remains unfulfilled until he moves to Boston. There, he is hired by a gang to steal a rare coin collection from the Fogg Museum, but his plans go up in smoke when the famous elderly buyer suddenly dies, leaving Prine with a potentially priceless but unsellable haul. His bosses try to take him down after the heist falls apart, leading to a violent bloodbath when Prine goes on a no-holds-barred killing spree. The first third of the book is flat and derivative, but the plot gets interesting once Prine makes his break, and the passages set in Boston offer plenty of suspense and intrigue to offset the gratuitous violence and some silly romantic subplots. Little sticks closely to the tried-and-true formulas of prison fiction, but his ability to put together a fast-moving and at times riveting caper should help develop his critical reputation.

Another Day in Paradise Kids