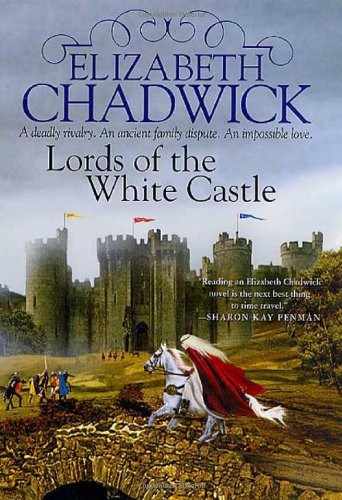 LORDS OF THE WHITE CASTLE

Veteran medievalist and romance novelist Chadwick (; ) provides another vivid portrait of her native Britain in feudal times, complete with circus-like tourneys and deadly woodland skirmishes. The tourneys feature knights in full regalia honing their fighting skills and competing for prize money, while in the skirmishes grim antagonists defending family fiefs suffer grievous wounds or die with their mounts. Quintessential hero Fulke of the FitzWarin clan is being tutored at court and serves petulant young Prince John as squire. In strong, stalwart Fulke—at 15 the eldest of six sons—rests the family hope of regaining Whittington castle, the seat of dispossessed forebears. But a confrontation over a chess game renders Fulke and John sworn enemies. When John eventually takes the throne, he punishes his recalcitrant former squire by denying his claim to the property and awarding it to the rogue occupant, whereupon Fulke becomes an outlaw with a price upon his head. Meanwhile, 12-year-old tomboy Maude le Vavasour is offered in marriage by her father to any noble prepared to pay a fee; Lord Walter, a bachelor in his 40s, pities the child and marries her. Subsequently widowed, she becomes Fulke's bride, a tempestuous, passionate woman with skill as an archer that saves her husband's life. The novel is based on fact, with Chadwick's period scholarship and vivid imagination thoroughly fleshing out the meager historical record. The end result is a lively, well-plotted drama, superior to the norm.