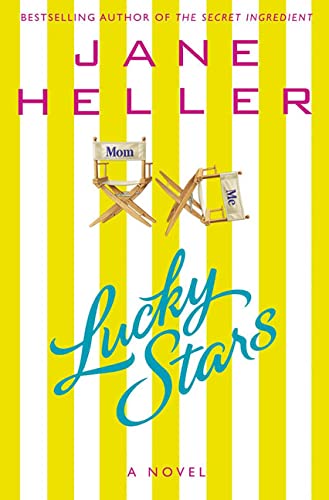 This frolic by Heller () may be the spiritual descendant of , but she delivers her story in fresh language, with singular energy. Stacey Reiser comes to Hollywood to become an actress. It also doesn't hurt that L.A. is far both from her native Cleveland and from Helen Reiser, a feisty, 66-year-old know-it-all widow who's marvelous as a walk-on in your life but impossible as a mother. But Helen ups and moves to L.A., too, the better to nag 34-year-old Stacey about her split ends and unmarried state. Through a cascade of events that begins with a bone in a can of tuna and one of Helen's legendary complaint letters to the corporate office, Helen ends up where Stacey always wanted to be: the rich and famous star of a commercial and the darling of the talk-show circuit. She even has a dashing suitor, Victor Chellis, with a fully staffed estate in Beverly Hills. Naturally, Helen's whirlwind ascendancy takes place just as Stacey's career tanks. Reviewing her performance opposite Jim Carrey in , almighty movie critic Jack Rawlins tells his TV audience that Stacey has the "subtlety of a sledgehammer." Stacey rapidly becomes the old Helen, nagging Mom about her wardrobe and the dubious Victor. Only Stacey's acting talent and a nail-biting car chase can restore mother and daughter to their proper roles. It's spirited, effortless entertainment with a winning premise and plenty of references to Hollywood stars and the latest TV shows. .