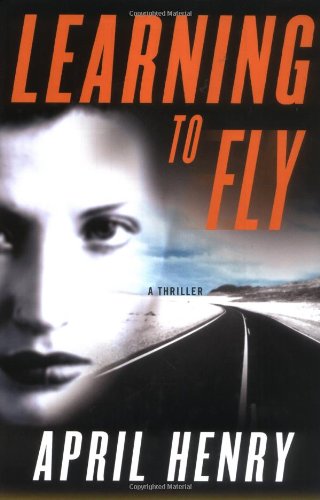 After three books (the Agatha- and Anthony-nominee , etc.) featuring an amateur sleuth whose day job involves making sure people don't create any nasty messages with their vanity license plates, Henry has produced a stand-alone thriller that is far darker and uglier than any novel in her Claire Montrose series. A gruesome freeway pileup (52 vehicles, 14 deaths) has unexpected benefits for a young woman whose hippie parents named her Free: a new identity plus a bag containing $750,000 in drug money. When a passenger in her car, killed in the carnage, is mistakenly identified as Free, suddenly our pregnant, unemployed heroine has a way out of her problems and the money to finance it. She becomes Lydia, and assembles a new life in what she believes is the safe obscurity of another woman's persona. But then two dangerous men start to track her: a vicious drug dealer, who wants his money back, and Lydia's sicko husband, who wants his punching-bag wife back. In tone, mood and structure, this is a major departure from the Claire Montrose adventures, and fans may not forgive the author for depriving them of their favorite guessing game (try deciphering 6ULDV8, or CUNQRT). The harrowing accident scene (based loosely on a real event) that opens the story is very strong, but its promise goes largely unfulfilled by a fair-to-middling middle and then a predictable ending. All told this is but a passable thriller that lacks the originality readers of Henry's earlier books have come to expect. 2BAD. NYSTRY, but NTKWT.