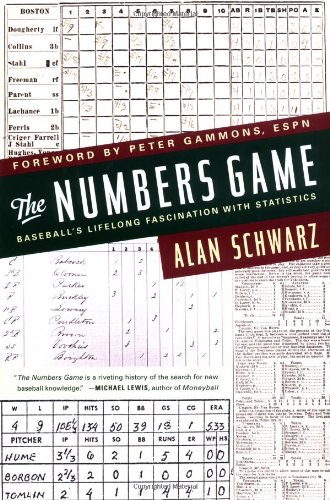 Sports journalist Schwarz brings to the fore this intelligent, smartly researched and often hilarious look at the use of statistics in baseball, which Schwarz definitively shows to "date back to the game's earliest days in the 19th century." It will delight any fan who memorizes the numbers on the back of trading cards or pores over newspaper box scores. The book's success is rooted in its focus on the people "obsessed with baseball's statistics ever since the box score started it all in 1845," rather than being about the statistics themselves. The reader is presented with enthusiastic but unvarnished looks at such key figures as Henry Chadwick, whose love for numbers led to his inventing the box score grid that remains, Schwarz shows, "virtually unchanged to this day"; Allan Roth, the numbers man hired by the Brooklyn Dodgers who was as important to the team's success as its famed GM Branch Rickey; and the all-but-forgotten work of George Lindsey, one of the first people to apply statistical analysis to weigh various baseball strategies. Delivered in a delightfully breezy and confident style, this volume also serves as an excellent alternate or parallel history of the sport, as we see how the statistics influenced the game itself—such as the banning of the spitball—as much as they were used to detail individual games.