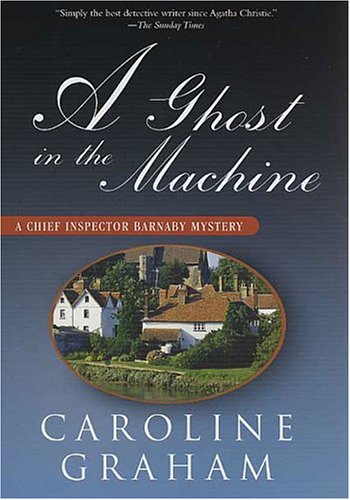 A GHOST IN THE MACHINE: A Chief Inspector Barnaby Mystery

With its focus on a dozen or so richly diverting characters, British author Graham's well-plotted ninth novel featuring Chief Inspector Tom Barnaby ( , etc.) has more in common with Dickens than with Conan Doyle. After old Carey Lawson's natural death, her nephew Mallory Lawson, whose idealism has trapped him in a teaching job he can't tolerate; his wife, Kate, who nurses a dream of publishing good books; and their willful, spoiled daughter Polly share in a legacy that will transform their lives. Carey's amiable, competent financial consultant and executor, Dennis Brinkley, collects huge and ancient weapons of war. The indecisive, diffident manner of the late woman's companion, Benny Frayle, hides a steely core of determination. Other striking characters include a medium who's a frustrated actress and her strange, abused daughter; a fortune hunter whose rich wife turns out to be no bargain; and a childless woman who finds an unusual answer for her longings. The first unnatural death occurs well into the book and doesn't become a murder investigation till halfway through. Those impatient with the initial lack of action will be well rewarded when the redoubtable Barnaby finally starts to sort things out.