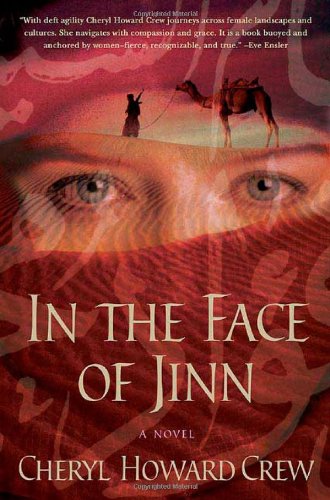 IN THE FACE OF JINN

A California exotic goods importer embarks on a perilous rescue mission through India, Pakistan and Afghanistan in this vibrant, adventure-filled debut by the wife of film director Ron Howard. When Christine Shepherd's sister and business partner, Elizabeth, vanishes after a violent terrorist attack in India, Christine catapults herself into a world of warring tribal clans and the emerging Taliban. As Christine loses hope that Liz is alive, her desperate search becomes a vengeful hunt for the man responsible for the attack, terrorist Farrukh Ahmed. This unlikely but winning heroine, who's armed with an extensive knowledge of weaponry thanks to her relationship with "surrogate father" and retired FBI agent Cloid Dale, manages to survive everything from a series of horrific sexual assaults to a gut-wrenching parasitic illness. The story's greatest strength (and weakness) lies in its wide range of characters. Though some people are only sketchily described, Howard Crew uses most to compassionately reflect the region's religious and cultural diversity. Among the more interesting folks Christine encounters are Reggie Duke, a melanoma-spotted Aussie and retired SAS trooper with whom she develops a special camaraderie, and Mir Hasan, a mysterious gray-eyed Muslim with whom she falls passionately, if not convincingly, in love. The nonstop action and gripping plot twists should keep readers entranced.