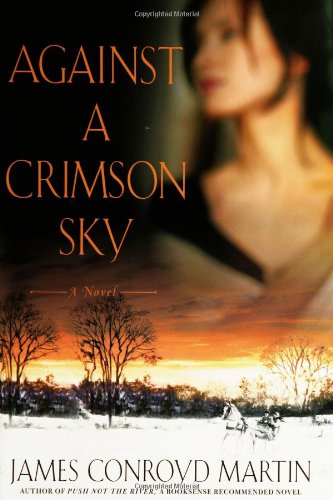 Against a Crimson Sky

Martin ( ) continues his fictionalized account of the life of Polish countess Anna Maria Berezowska in this entertaining sequel that follows Anna through the chaotic years of the Napoleonic wars. These are trying times for her beloved Poland ("Europe's plaything"), but Anna finds happiness in her marriage to the handsome Count Jan Stelnicki and in her three children. But because the book takes place in early 19th-century Poland, tragedy continues to dog her (in the earlier novel, she was raped and forced into a loveless marriage), including the death of a son during Napoleon's disastrous Russian campaign. Because of their prominence, the Stelnickis have a front-row seat to history: while her husband and sons fight for Poland's independence, Anna is part of the Warsaw social scene that wines and dines Napoleon after he liberates Poland from Russian rule. Martin provides a panoramic view of Europe during a time of enormous change and in all its sanguinary excesses. His characters could benefit from more depth and his narrative drama from more realism, but fans of historical romance will find much to enjoy in this sprawling epic.