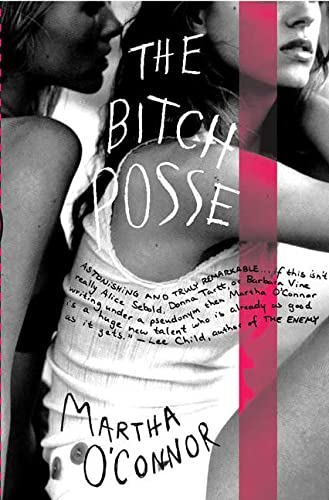 "You Have Now Entered a Chick-Lit-Free Zone," O'Connor's dark, scabrous debut warns. Given the sassy title and the familiar subject matter of female friendship, readers should be forgiven if they expect Bridget Jones—but O'Conner's heroines resemble that lovable Brit like leopards resemble kittens. The story focuses on three friends, Cherry, Amy and Rennie, as high school seniors and as women in their mid-30s. Compelled by miserable home lives to form the Bitch Posse as teenagers, the three girls ricochet dangerously through their last year of high school, sharing a passionate, almost sinister bond until a terrible secret rips them apart. Still damaged—and separated—by the unspeakable event, the three live equally wretched lives as adults, Cherry in a mental institution, Rennie as a promiscuous failed writer and Amy in a loveless marriage. After pages of vodka, cocaine, "fucking" and "cutting" (in both past and present narratives), the friends' terrible secret finally comes to light, though it reveals logistical and thematic gaps in the narrative. "[H]er past is like a sore that won't ever heal, memories are spurting at her like blood and she can't close the wound" characterizes the level of emotional complexity attained in this heavy-handed novel, but the story fascinates even as it repels.