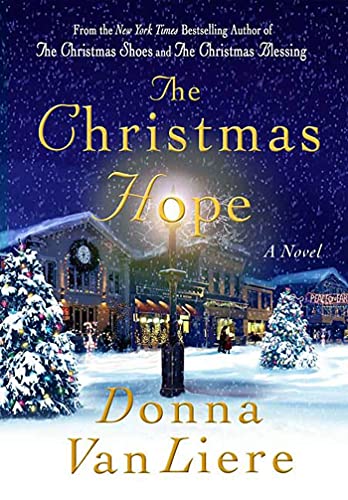 Nathan Andrews, who at eight bought shoes for his dying mother ( ) and as a medical student fell in love with a young heart patient ( ), takes a backseat in Van Liere's latest Christmas confection. The focus this time is on Patti and Mark Addison, whose son, Sean, was killed in a car accident on Christmas Eve four years ago. Patti is a devoted social worker, but she can't seem to feel anything for her handsome pilot husband (they sleep in separate bedrooms), and she can't understand why anyone could feel happy during the holidays. Leave it to a child to teach Patti the meaning of Christmas: Emily is a beautiful five-year-old without a place to live (her mother died in a car accident; her foster parents had to leave town suddenly) and, against the rules, Patti brings her home rather than take her to the local orphanage. Emily—who believes in angels and is possibly the gentlest, sweetest child to ever cavort across a novel's pages since Little Nell—quickly insinuates herself into the Addison hearts. Another child's illness introduces the Addison gang to Nathan, now a doctor expecting his own first child. Too much coincidence binds their stories together, but Van Liere serves up another heart-tugging holiday tale.