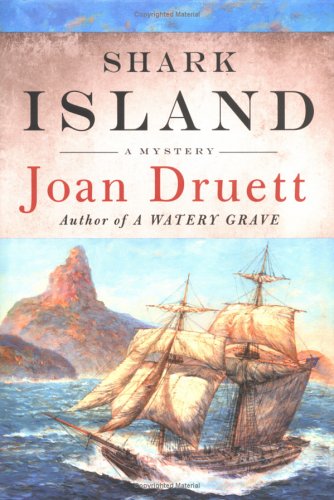 Maritime historian Druett's rousing second historical (after 2004's ) set aboard the U.S. South Seas Exploring Expedition of 1838–1842 (the subject of Nathaniel Philbrick's ) offers rich nautical detail and an engaging and highly unusual protagonist: Wiki Coffin, the half-caste son of a Polynesian woman and a respected Salem shipmaster. Coffin, who's serving on the brig as both a "linguister" (or translator) and a sheriff's agent authorized to act at sea, gets involved in an investigation of two ships foundering in the shoals of Shark Island off the South American coast. A vulnerable captain, his beautiful young wife, a thuggish crew, a valuable and missing cargo and murder provide a stern test of Coffin's deductive abilities and his diplomatic skills. Druett should win plaudits from both mystery fans and aficionados of naval adventures.