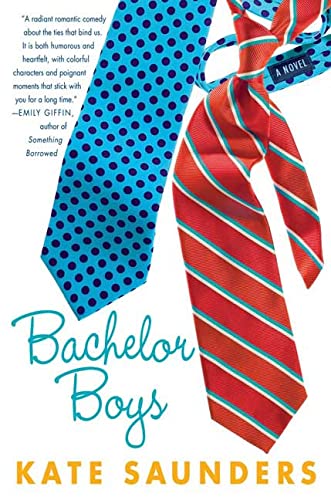 In her sprightly second novel, Saunders ( ) humorously captures the love affair between the boisterous British Darling family and their lifelong girl-next-door, Cassie. With emotionally distant parents of her own, Cassie has looked to the Darlings—Phoebe, Jimmy and their sons Ben and Fritz—for warmth ever since she was a child. At 31, Cassie, who is a literary editor, is thrust into the role of matchmaker when terminally ill Phoebe asks her to find suitable wives for 31-year-old Fritz and 29-year-old Ben. Much like the boys of , Fritz and Ben don't want to grow up: they don't have proper careers or serious girlfriends, and they still live at home with Phoebe. So it's much to Cassie's surprise that they're willing to help her fulfill their mother's dying wish. Soon Cassie is keeping the boys in dates while also dealing with her own relationship woes. With steady work and steadier girlfriends, Fritz and Ben suddenly seem headed toward a belated adulthood, and Cassie wrestles with deepening feelings for Fritz. Though Phoebe doesn't live to see the day, Cassie ultimately makes a very suitable match for her son. Witty banter and spirited characters propel this lighthearted novel to its heartwarming if formulaic conclusion.