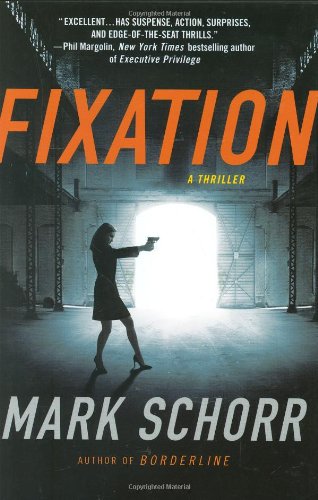 When an FBI raid on a White People's Freedom Party stronghold near Portland, Ore., leaves two agents dead in Schorr's uneven follow-up to (2006), agent Louise Parker takes the blame. On forced administrative leave, Louise turns to psychotherapist Brian Hanson, a Vietnam vet, for solace. When the pair learn that Arnold Beil, a skinhead felon on the FBI's Most Wanted list, escaped capture during the botched raid and Louise receives a series of mysterious packages, she and Brian suspect Biel has a new target. Cut off from the FBI, Louise begins her own investigation that sends her and Brian into the underground worlds of hackers and white supremacy groups. After someone plants a homemade bomb in her car, Louise and Brian realize that Biel may not be the only threat. Underdeveloped characters with little chemistry and neo-Nazis who are more stereotypical than chilling disappoint in a thriller that starts promisingly but winds up more confusing than entertaining.