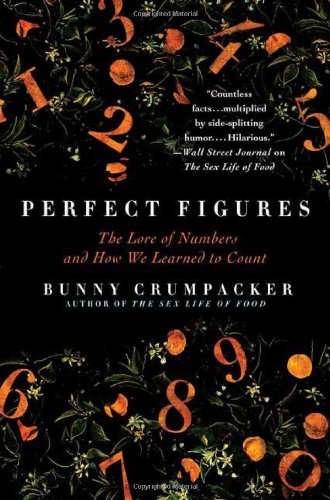 Perfect Figures: The Lore of Numbers and How We Learned to Count

n this lighter-than-light tour, Crumpacker ( ) reconstructs the history of each of the numbers one through 12, their etymology, how they came to be written and their perceived qualities across various cultures. To this she adds a farrago of facts, observations and her own odd and usually humorous free associations. For example, about one and two, she points out that in some languages, “ is the same as the word for and is the same as the word for ”; about three, she says that “Captain Kirk and Spock played chess three times.... Kirk won all three games.” And she tells us that in China nine signifies good luck, in Japan bad. Besides these cultural references, Crumpacker includes a description of the evolution of counting strategies, discussions of Fibonacci numbers, the Golden Mean, and binary and other bases. Crumpacker is erudite and packs hundreds of facts that range from the educational to the frivolous into a work that is best described as “frothy.”