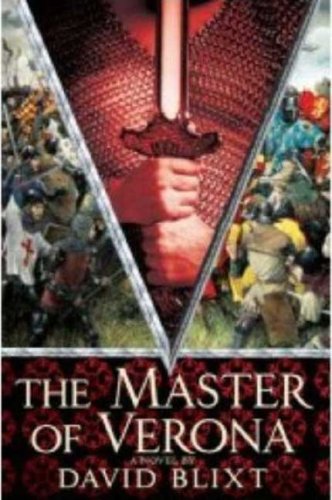 The Master of Verona

Upon the death of his elder brother in 1314, Pietro Alaghieri, 17, is thrust headlong into the post of scion to his father, the famous poet Dante, in this rollicking historical debut from Shakespearean actor Blixt. In trying to keep up with his razor-sharp father and their new patron, the scintillating and brilliant Francesco della Scalla (known as "Cangrande"), Pietro finds qualities in himself that surprise him. Cangrande may or may not be the prophesied "Greyhound" who is to cast out evil and usher in a new world under God—many seek the role. Meanwhile, Pietro's two best friends, Mariotto and Antonio, are pushed to the edge of rekindling an ancient blood feud by their joint love of a woman, which stretches Pietro's loyalties to their limits. The precipitous ending, marked with dizzying revelations by the protagonists, do nothing to mar a novel of intricate plot, taut narrative, sharp period detail and beautifully realized characters.