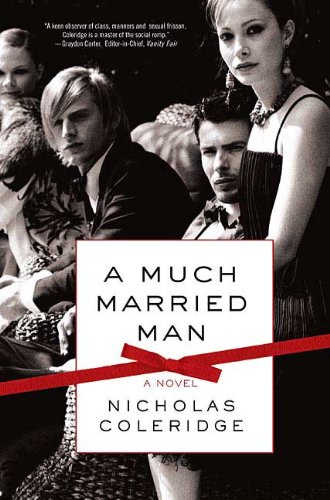 A Much Married Man

Britain's moneyed upper crust comes in for a slapstick razzing in this class-skewering 10th book (after novels and ) by Condé Nast U.K. managing director Coleridge. The titular much-married man is Anthony Anscombe, the thoroughly decent but naïvely innocent scion of a private English merchant bank family, who also happens to be a country squire responsible for the well-being of a picturesque village and 2,000 acres of "magical" land to which his family has held title for 370 years. The eccentric locals love Anthony, and Anthony loves haplessly: over four decades, he marries three unsuitable women, sires five children and shepherds five stepchildren through turbulent upbringings. Aside from his bank duties, which provide ample fodder for Coleridge's wry satire, Anthony is called upon to undertake a load of unpleasant chores, such as confronting his philandering father-in-law at the latter's "floating lovenest" and defending his rapist stepson, Morad. Throughout, Anthony remains the epitome of a gentleman, unfailingly patient with the demanding women in his life (the first a diva waif, the second a priggish homebody and the third a monstrous money-grubber). This well-informed comedy of stiff-upper-lip manners reads, charmingly, as if sprung from a writerly union between Iris Murdoch at the high end and Harold Robbins at the low.